Clé in featured in C Magazine in the San Francisco What’s Hot Gift Guide. The editors note: “The members-only Battery in Jackson Square is fully charged with black and white finds for the modern mogul.” The mix of luxury products include Clé iPhone case for $35. 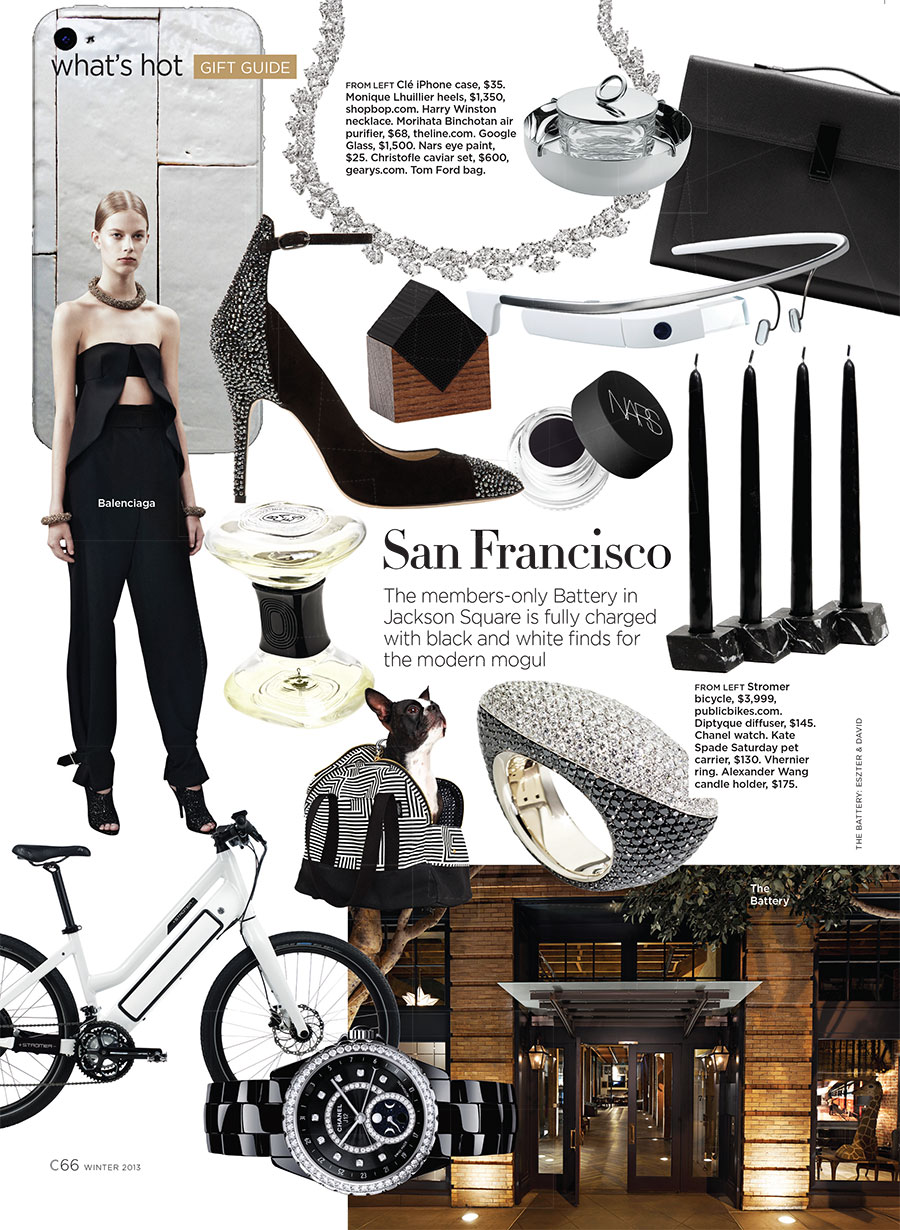 Please note: the iPhone cases are occasionally out of stock so check with the company to see if they are available.

C Magazine bills itself as the “Golden State’s Lifestyle magazine,” and there is ample lifestyle within its covers. There are features such as “California’s Hottest New Hotels to Book Now” that looks at properties “Spanning continental five-star luxury to a fresh take on low-key modernity, California’s hottest new hotels bring your summer getaway closer than ever.” A list of top beach reads that includes What We Lose by Zinzi Clemmons. A Weekend Guide to NYC features TV and film producer, hotelier and lifelong New Yorker Dina De Luca Chartouni, who shares her favorite city haunts.

In “Jenni Kayne’s Summer Guide to Lake Tahoe,” editors note she  has been spending summers on Lake Tahoe since she was a little girl. “The L.A.-based designer, whose namesake brand is coveted for its effortlessly cool, laid-back California luxury, now continues the tradition with her own family, retreating to the freshwater expanse each summer to relax and recharge.” They take readers inside a Rustic Lakeside Cabin Retreat that belongs to hairstylist-to-the-stars Leanne Citrone, who tapped Lauren Soloff to “design a picture-perfect family getaway.”

A review St. Petersburg’s Eifman Ballet performances that take the stage in California is a kicky read: ‘Jealousy, heartbreak and the supernatural entwine in romantic-tragic ballet Giselle, whose lead was inimitably embodied by the great Olga Spessivtseva. Decades later, the late Russian ballerina’s own tumultuous life was immortalized in Boris Eifman’s 1998 fantasy ballet, Red Giselle. This summer, the Segerstrom Center for the Arts in Orange County will present both: Giselle with Milan’s Teatro alla Scala, starring Misty Copeland on opening night, and Red Giselle with Eifman’s eponymous St. Petersburg ballet company.”

Previous Post: « The Art of Mosaic Design: A Collection of Contemporary Artists
Next Post: Sara Baldwin of New Ravenna Mosaics in Luxe »