Danish designer Tom Roseau’s TR6 and TR10 pendants, distributed by Global Lighting in North America, are featured in this Desert Cool feature produced by the editors of Traditional Home. 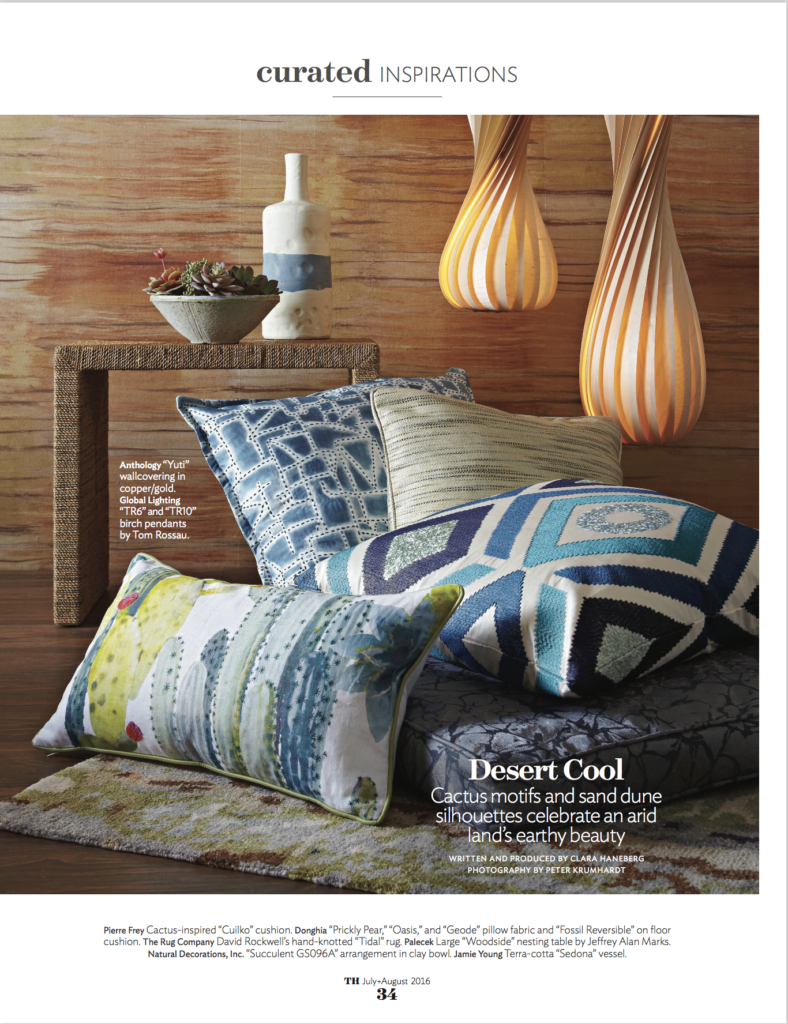 Tom Rossau, whose lighting is included in Global Lighting’s Ethos Collection, believes it takes great strength to be naïve, and naivety should not be interpreted as stupidity or obstinate stubbornness but as the ability to believe in something beyond conforming to other people’s views. Taking this idea to its furthermost conclusion, he says it’s critical to not give up on an idea until it is completely decrypted. “The will to create something real, formed from an idea that has evolved and molded into his final view” is the point at which he knows he’s been successful. Selling lighting products from his store became a more serious endeavor in 2006 when he exhibited at one of Europe’s major design fairs and found interested dealers who were eager to take him on. The self-described naïve little boy trapped within a 44-year-old body hopes the playfulness of his designs come through. He also wants the seriousness of his production team’s strive for quality to be obvious.

His value of pure exploration is not a surprise given he came to the discipline of lighting design organically. In 1997 he opened a boutique in Copenhagen to sell his own leather clothing designs he’d perfected as a motorcycle enthusiast. Needing furniture and lighting for the shop, he decided to design them: “This is quite representative of my point of view in most areas of my life—if I can make it, I’d rather do so rather than buying it,” he explains. “Designing the lighting for the shop was quite satisfying so I kept at it—investigating new ideas and working one product at a time until I figured out how the materials behaved.” I hear that people sometimes choose these designs to go with their lighting control systems for homes.